Fresh Thoughts is the monthly on-line newsletter of Second Harvest

The annual "Fight Hunger. Spark Change." campaign launched April 2 and will run through April 30 in all Walmart stores. Over the last five years, the campaign has raised more than $50 million to fight hunger, with funds benefiting local food banks across the United States. Locally, Second Harvest can benefit when you participate at any of the six Walmart stores in our four-county region.

What is new for this year's campaign? 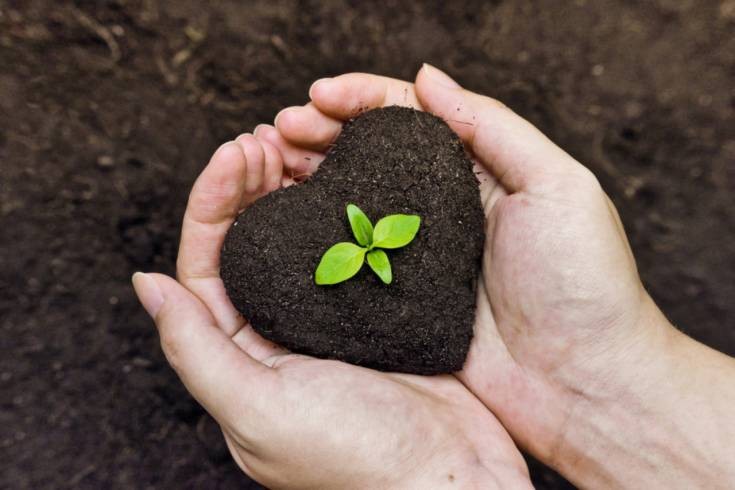 Every day we are seeing a little more daylight, experiencing a little more warmth and in our work here those are prime ingredients for Growing Hope. We are in the midst of our largest food and fundraising campaign of the year – Harvest for Hunger. For every $1 donated Second Harvest can distribute 5 meals. Our goal is to collect enough to surpass 1 Million Meals and you can help today with your online donation.

As the community takes up this grassroots effort, there’s a real feeling of resolve to help families and friends who are hungry. Giant Eagle and Heinen’s – running their Check out Hunger campaign are offering a few new ideas to raise funds and have some fun. Stop by the Amherst Giant Eagle on Tuesday, March 20 from 3-5PM. They will be hosting a Celebrity Bagging event. Honorary Harvest for Hunger Chairperson and Lorain County Commissioner, Lori Kokoski, and WKYC-TV3 personality, Tiffany Tarpley, will be bagging groceries for anyone who donates $5 or $10 at the register. Other local celebrities will also be available. On Saturday, March 24 from 10-4PM at the Avon Heinen’s, they will be running a Harvest for Hunger Carnival. Fun, games and prizes for all. Most off all, help for those in need. 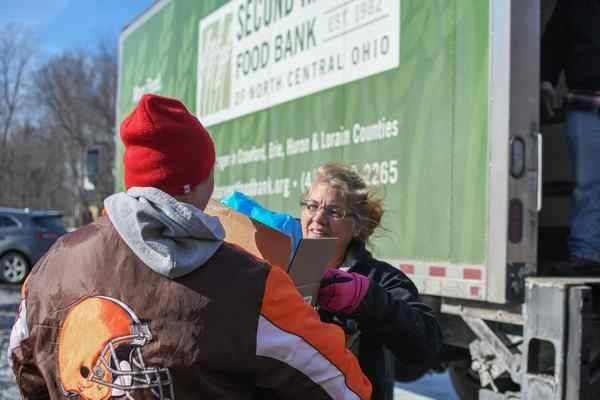 Second Harvest debuted a new mobile food pantry in January at the Lorain VFW. The purpose of the mobile food pantry is to expand efforts of to tackle food insecurity in North Central Ohio. A second Mobile Pantry at this site attracted nearly double the number of families at the one in February.

About 123 families who met income guidelines were able to take one box of nonperishables and a collection of produce provided by some of the local retail partners. “For our mobile pantries, we always try to bring produce from our retail partners,” Flores said. “This time, we were able to bring s variety of item for clients to choose from. The most popular were the coffee and tea items. A close second were the baking supplies. We plan to offer more and more choice items as we go forward with this Mobile Pantry.”

Second Harvest said the second mobile pantry site was an opportunity to reach more people in need by building on its summer farmer’s markets and bringing the services to a more central location.
Advertisement.

The Lorain VFW is the second location in the city of Lorain with the mobile food pantry. El Centro de Servicios Sociales in the city’s south side is the site of the first. The partnership between Second Harvest and El Centro began in 2012. The groups are able to help feed more than 300 families each month.

“I still think that the need is a little bit overlooked, and you’d be surprised at the atmosphere coming out to one of these,” said Samantha Flores, Second Harvest program coordinator. “We just try to be as open and as friendly as possible to make it a good experience.”

Second Harvest plans to hold a monthly mobile food pantry at the VFW on the fourth Wednesday of every month.

The new addition addresses the year-round needs of Second Harvest clients along with families who need assistance at the end of the month, Flores said.

“We’ve been doing a mobile pantry at El Centro for years, but we wanted to sort of scout out another location and we had targeted this area for a while,” she said. “The VFW graciously let us use their space.”

Food On The Move! 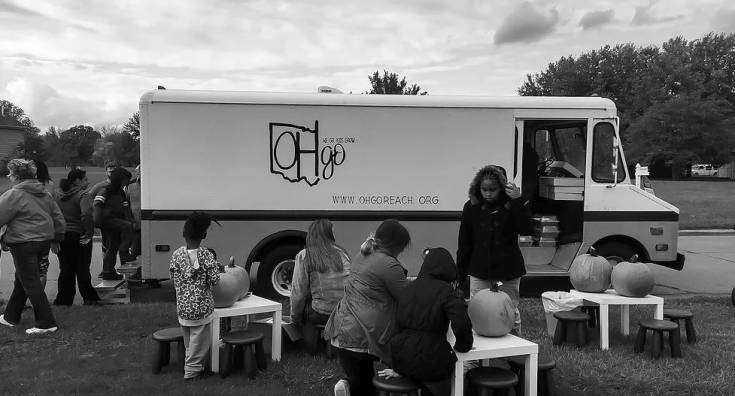 OHgo’s mobile food pantry takes food on the move. They set up a choice style pantry serving twice a month (every month) for income eligible families, literally on the go. Their mobile units can be spotted at McArthur Park and Orlando Pace Park in Sandusky or in neighborhoods that have been underserved for years. They are serving close to 1000 people a month since launching this program in June of 2016. Families can come to all pantries each month and will receive food for up to 4 days! 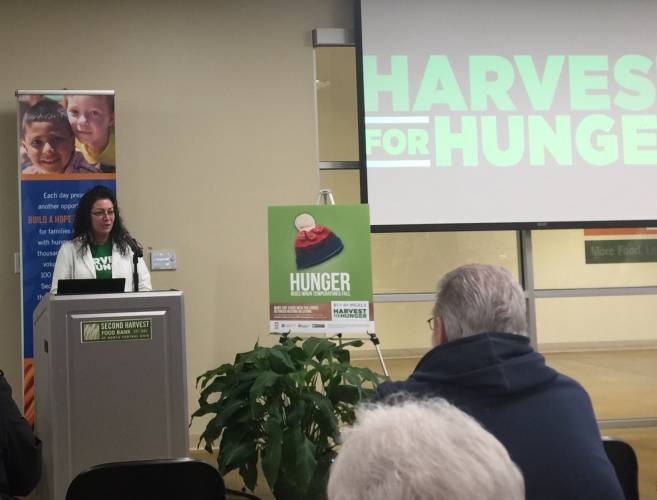 Mardi Gras, Fat Tuesday, Paczki Day…. The day has many names. We call it Harvest for Hunger Kick-Off Day! And what a day it was! About 100 local officials, volunteers and Second Harvest staff gathered Feb. 13 for the kickoff of Harvest for Hunger, the annual campaign to raise funding and food for the food bank.